The 7 CLINICS with Buck Brannaman project features over 10 hours of incredible, never-before-seen footage from the making of the award-winning feature film documentary BUCK — the story of one man's quest to help horses with " people problems" lauded by critics and audiences alike. 7 CLINICS allows riders, trainers, and horse lovers everywhere to travel with Buck from coast to coast while learning his techniques and absorbing countless words of wisdom along the way.

This project came about when the producers saw how much footage was left on the "cutting room floor", and they realized they could bring Buck's message to a large audience of horse enthusiasts.

This series, featuring over 10 hours of instructional footage from the making of the feature film BUCK, is packaged in three sets:

He was a true throwback, a man who showed respect for the old ways and for the viejos – the old ones. Additionally, he was an important figure in ethnic writing of the era and held an uncompromising pride in his heritage – his family coming to California in the 1820s from Sonora, Mexico. His books were part of the foundation of ethnic pride that was built upon in the tumultuous era of the 1960s. Arnold Rojas has found his place in history as an important literary contributor to the legacy of a region in the west where the horse and horsemen were king and the value of a man was placed in his character and competency, not what he carried in his pocket. Simply put, in Rojas the vaquero found their champion. 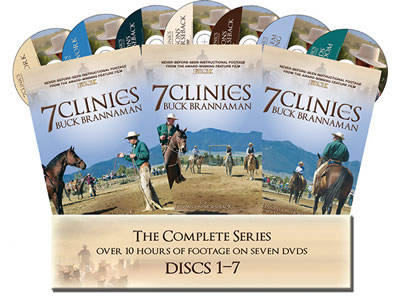